Want to experience this Art Work in your own living room? Request a free test placement.

Ai Weiwei
Study of Perspective in Glass - (set of 8) 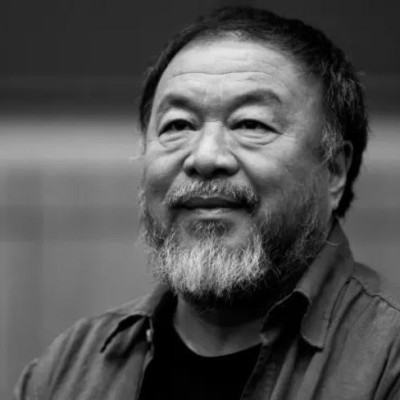 Born in Beijing in 1957, Ai Weiwei is a multidisciplinary artist, architect, photographer, designer, critic and activist, son of the noted Chinese poet Ai Qing, himself a studnet of avant-garde theory in Paris between 1929 and 1932. Qing, a major influence on Weiwei's way of thinking

A cultural figure of international renown, Ai Weiwei is an activist, architect, curator, filmmaker and China's most famous artist. Open in his criticism of the Chinese government, Ai was detained for months in 2011 and then released under house arrest. "I don't see myself as a dissident artist," he says. “I see them as a dissident government!” Some of Ai's best-known works are installations, which often lean towards the conceptual and provocative dialogue between the contemporary world and traditional Chinese ways of thinking and production. For Sunflower Seeds (2010) at the Tate Modern, he distributed 100 million porcelain "seeds" hand-painted by 1600 Chinese artisans - a commentary on mass consumption and the loss of individuality. His infamous Coca Cola vase (1994) is a Han Dynasty urn decorated with the ubiquitous soda logo. Ai also served as an artistic consultant in the design of the "Bird's Nest" stadium for the 2008 Beijing Olympics, and has curated pavilions and museum exhibits around the world.